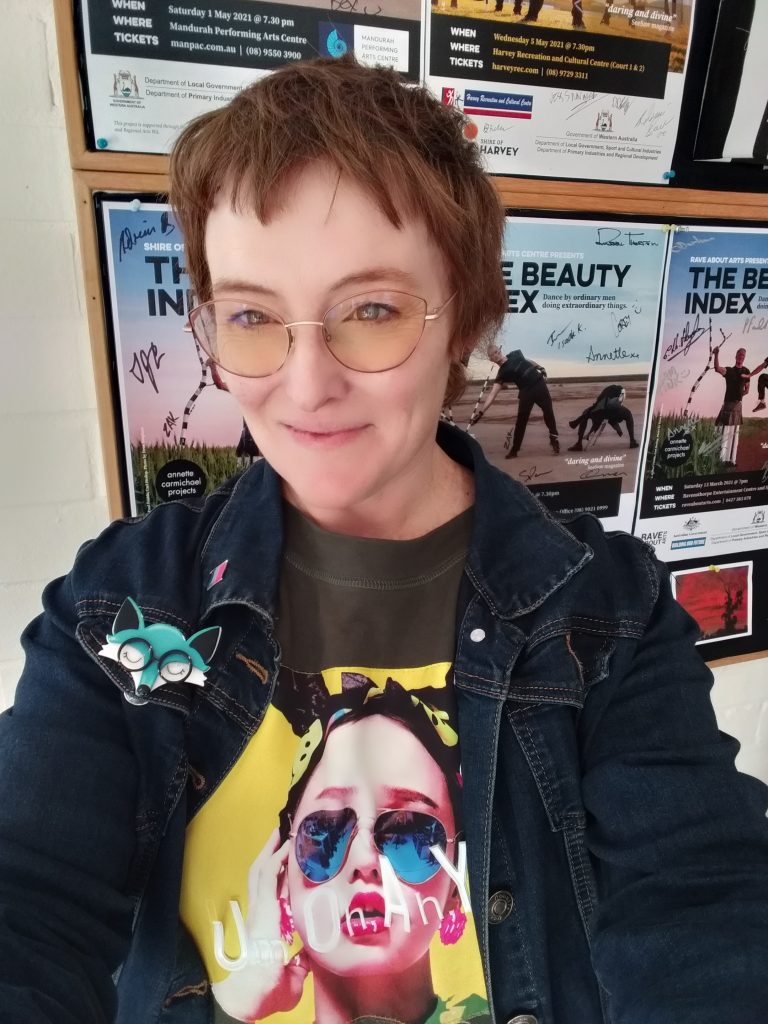 Annette Carmichael is an award-winning choreographer and dance artist based in Denmark, Western Australia.

Annette has created numerous multi-art performance works with contemporary dance at their core, also including theatre, writing, music, textiles and installation. Recent works include Solace+Yearning (2012 & 2014), My War? (2015), The Creation of Now (2015, commissioned by Ausdance WA), The Snake Run Project (2016, commissioned by Perth Festival and City of Albany).

Her most significant achievement to date is the creation of a trilogy of large dance works created with composer James Gentle and communities across the southern half of Western Australia. Chapter One, The Beauty Index, was created for men in 2017 for Brave New Works festival and will tour regional WA in 2021. Chapter Two, A Light Shade of Red, was created in 2018 with young people aged 14 – 26 years and included performances and a multi-media exhibition for the centenary of Armistice Day. Chapter Three, Chorus, was performed by a mass ensemble of women in February 2020, just one week prior to the COVID-19 pandemic reaching Western Australia. These works were created in collaboration with local sound, visual and media artists and a range of community partners.

Annette also provides professional development services to CircuitWest, regional touring network and often speaks on community engagement at State and National conferences. In 2015, Annette was co-facilitator of the National Dance Forum Melbourne and in 2019 was chair of the Curatorial Panel for NDF.

Between 2009 – 2013, Annette was the State’s Regional Contemporary Dance Facilitator for Ausdance WA creating the ground-breaking ‘Future Landings’ model for animating regional communities through dance. As an Arts Manager, Annette has worked with leading arts organisations in Western Australia and London. She is a graduate of West Australian Academy of Performing Arts (BA Arts Man. 1996).